The 18th of June 1978 is the day of the inauguration of the evangelical church of La Teste. For the occasion, Pastor Nubio Piovi invited Pastor Charles Gisquet of the Evangelical Church of the Assemblies of God of Bordeaux, on which the church still depends administratively. Mr Gilbert MOGA (mayor from 1977 to 1989) had just succeeded Mr Ichard as mayor of La Teste from 1950 to 1977.

This inauguration marked a before and after.
A before because the evangelical church had been without premises for almost a year and a half. It was the solidarity of the Christians of Arcachon and Bordeaux that enabled the purchase of the land and the construction of this building.
A before but also an after. An after because from now on, it had its own place of worship. 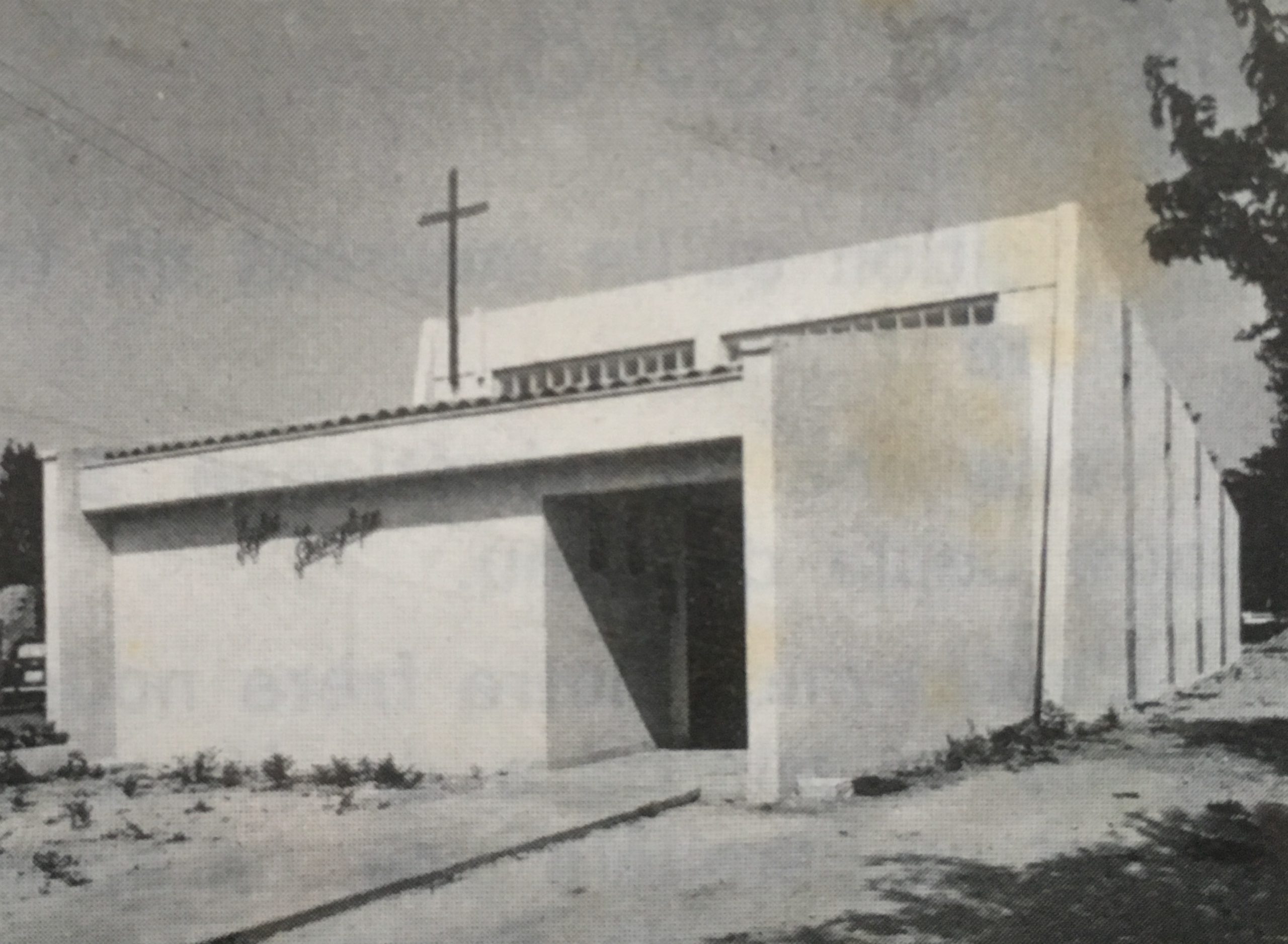 In fact, we need to take a new leap in time to retrace the history of our church.
It was in 1956 that the Pastor of the Evangelical Church of Bordeaux, Henri Roux, began the first meetings in Arcachon, in the Abatilles.

As the audiences grew, it was necessary to find a venue. So in 1961, the church of Bordeaux rented a room on the Cours Lamarque de Plaisance in the centre of Arcachon.

Then it was a passage through the rue de la Jehenne to cope with the growth of the church before coming to settle in 1964, rue François Legallais, not far from the port of Arcachon.
Young pastors came to ensure the meetings from Bordeaux like Pastor Marcel FONTANA but also Pastor Claude BROUSSE who later created the Viens&Vois editions. Association which under his direction will print a million Bibles in a few decades. When he retired, he came back to settle in the region and today he is a member of our assembly.

But we must also greet the leaders of the church of Bordeaux such as Jean-Paul Crestian or Daniel Chorro and so many others whose time we lack to mention them and with the risk of forgetting some. 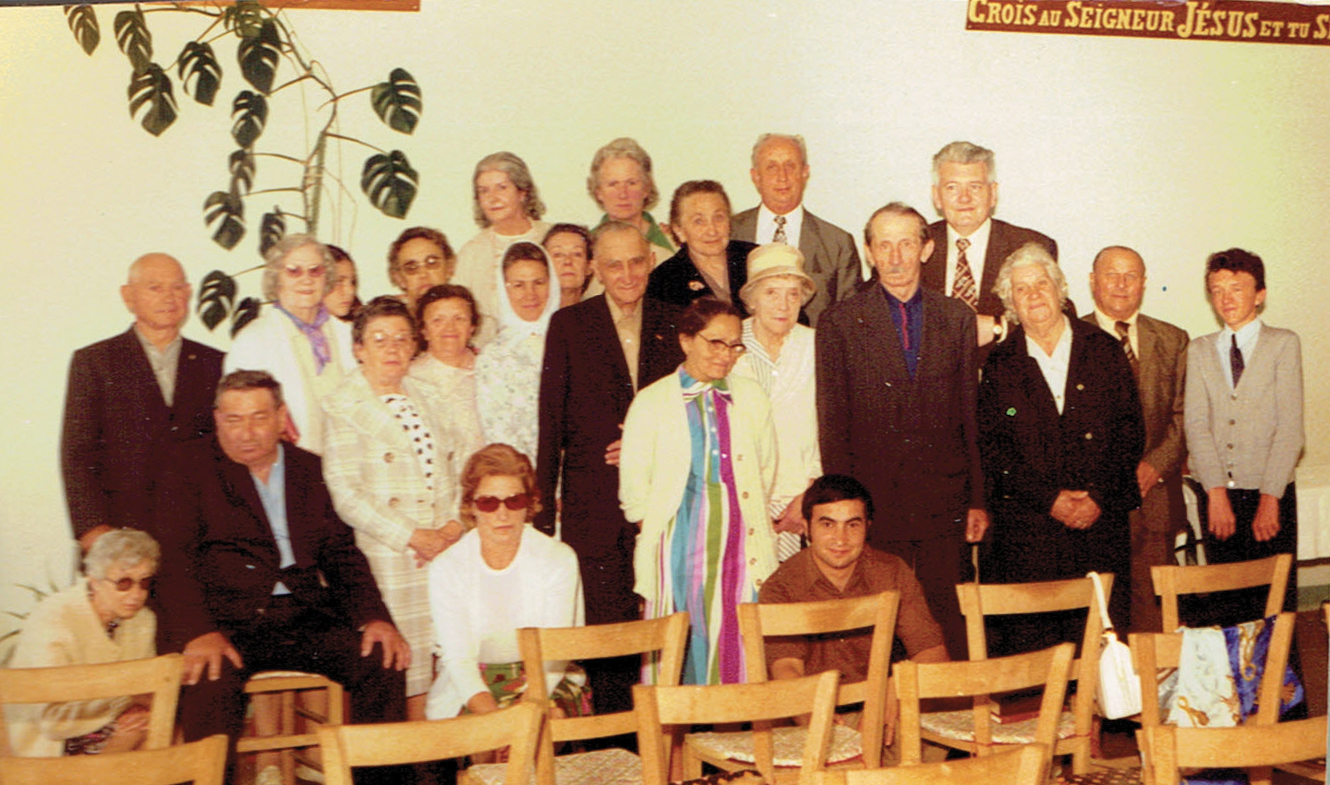 The following year and after 20 years spent in Arcachon, the congregation had to leave the premises it had been living in for 20 years.
has been occupied for 12 years now as the owner has decided to sell.

It was not possible at that time to find a new location in Arcachon. But we
believed in the effectiveness of prayer and this is what the Christians did.

It was Doctor Aristide Ichard, Mayor of La Teste from 1950 to 1977, who donated a municipal hall, the “salle du 3 ème âge”, as it was reported in the regional newspaper of the time at the inauguration. Thanks to donations from the Christians of La Teste, Arcachon and Bordeaux, a plot of land was soon bought at 9 rue du Président Carnot and the construction of the current premises was mainly carried out by members of the community qualified in public works and other trades.
This is how the church of Arcachon became the church of La Teste. We are on June 18th 1978.

It has therefore continued its history and several pastors have succeeded one another on this church. After Pastor Nubio Piovi, there was Pastor Alain Tournier until 1987.

From 1987 to 1992 with Pastor Michel Schulz, it was a new stage for the church since on January 1st 1992, the church, which had been an annex of the Assembly of God of Bordeaux, took off. It deposited its statutes with the Prefecture and became financially and administratively autonomous. Michel Schulz was its first president. 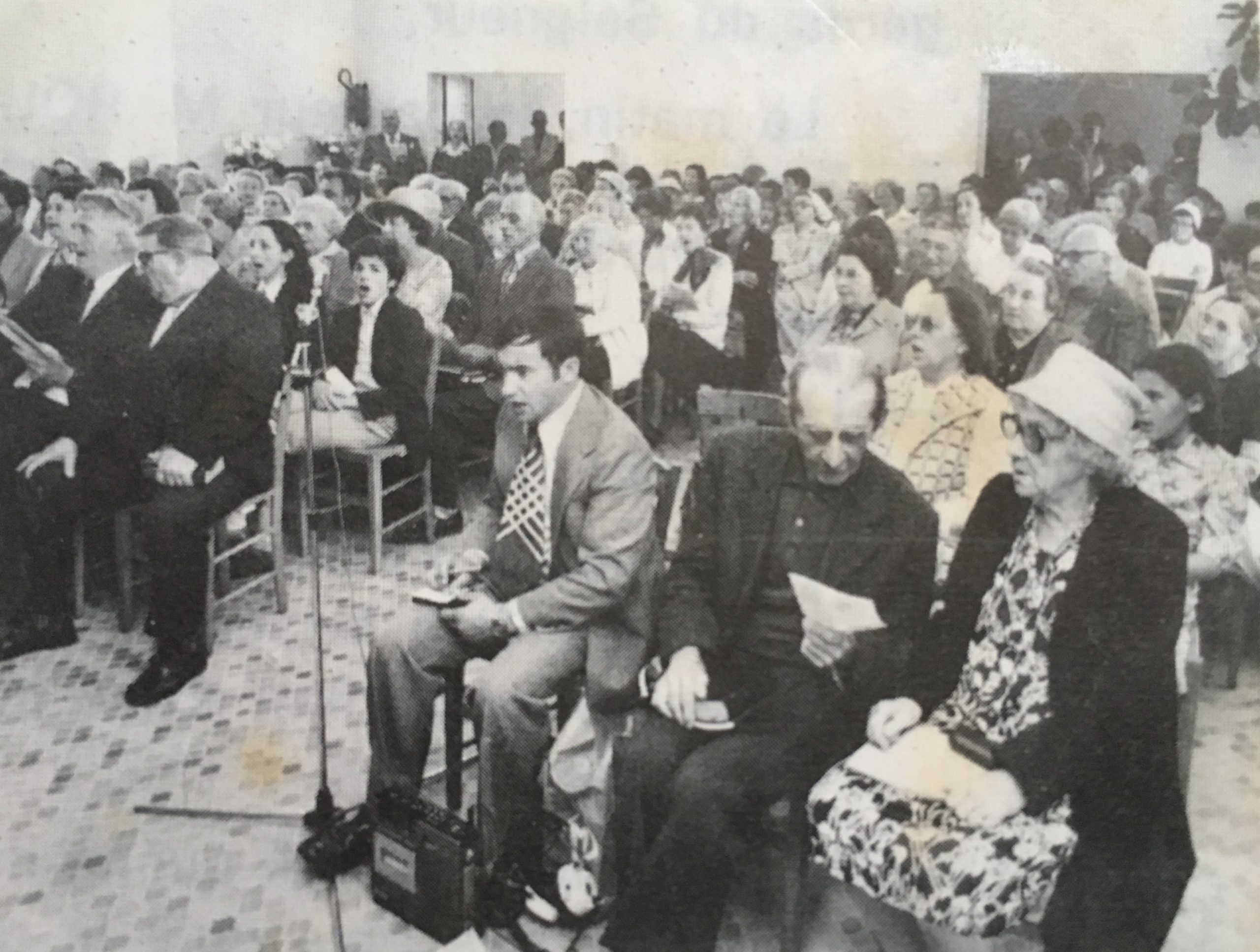 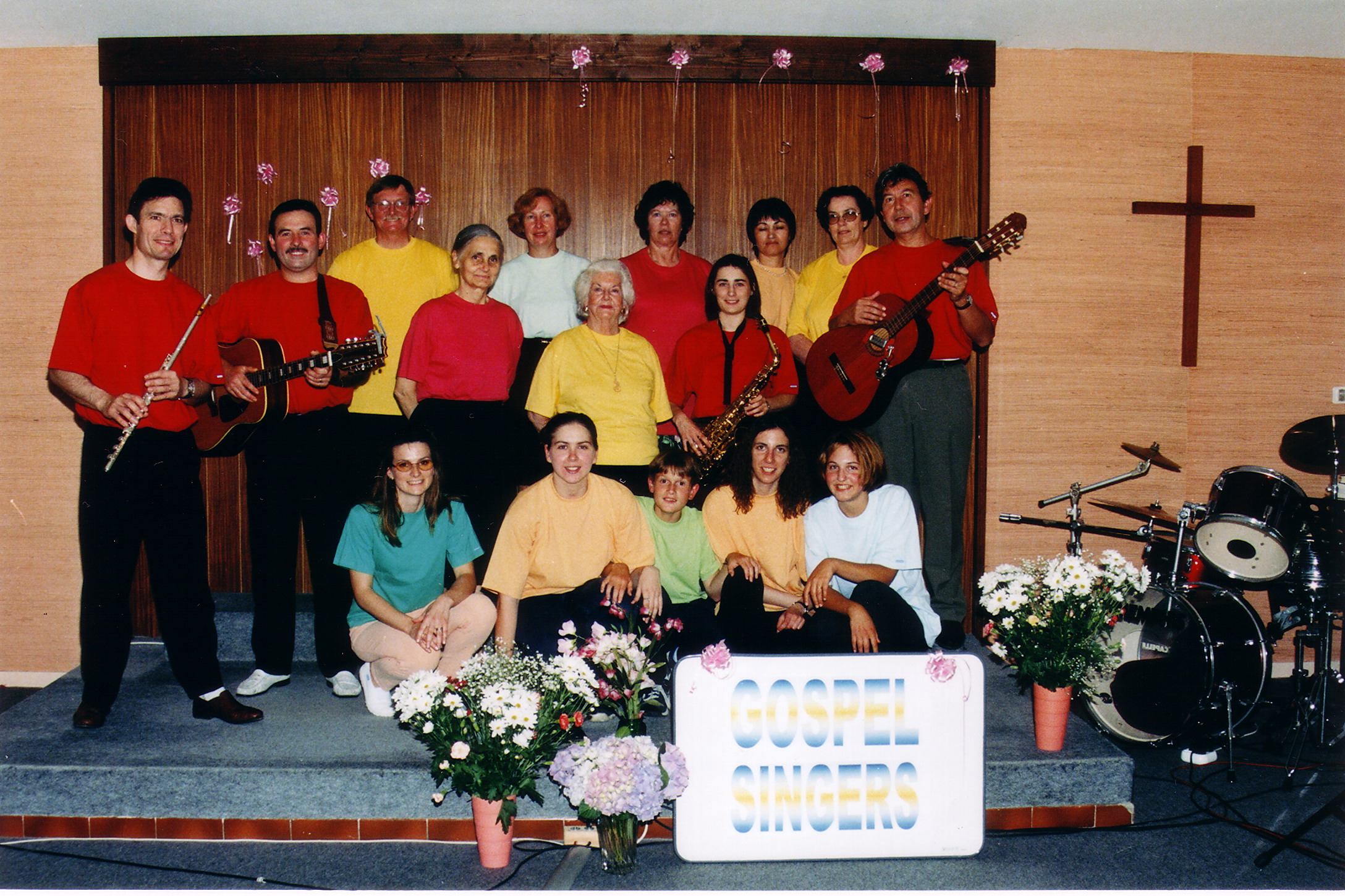 When, in September 1992, the National Convention of the Assemblies of God appointed him to Dax
Pastor Jean-Luc Pradal will be in charge of this church until 2002.
Meetings are developing in Andernos, Marcheprime and many other towns in the Basin. A new name for this church is beginning to be heard and it will eventually impose itself over time:

This new name for the church shows the wish of this congregation not to close in on itself. Due to the development of the Bassin, the members are spread throughout the Bassin between Arcachon, Marcheprime, Andernos and Salles.

After a decade on the Bassin d’Arcachon, Jean-Luc Pradal is handing over the church to Pastor Barry Clark arriving from Mont-de-Marsan. This will be a one-year transition until Pastor Cyrille Pouget arrives in the autumn of 2003. This transition will nevertheless lead Barry Clark to remain at La Teste until 2013, working alongside the Pastors in charge, as will also the former missionary in Congo-Kinshasa (ex-Zaire) Bernard Lines.

Pastor Cyrille Pouget will lead the church in an extension of its premises and in 2008 work began on a 100m2 extension.
It is a fine tool that he will leave to his successor Pastor Franck Saclier in August 2009, allowing him to continue the work of his peers on the Basin.
In 2016, he will take charge of the Vichy church. He will propose me to come and replace him.
I don’t have time to talk about Mrs Labeyrie whose house she will bequeath to the church has served as a faith awakening class for our children and Mr and Mrs Labastugue who have been a great blessing to the church they cherished.

In 2018, the church will have 60 registered members with nearly 25 children who attend an awakening to the faith every Sunday.

2018 is for us a year placed under the sign of gratitude, as the apostle Paul invites us to do, writing to the Christians of the church of Colossus

Colossians 3:15: “And may the peace of Christ, to which you have been called as one body, reign in your hearts. And be thankful. »

In conclusion, our gratitude goes above all to this God in whom we believe, who throughout these years has watched over his church and will take it even further.

The Evangelical Church of Bassin à la Teste still has some fine projects, such as the TheoBus, which will invite the inhabitants to come and meet us in order to offer them the Bible, which belongs to the UNESCO heritage. So if you come across the Theobus, get on board, you will be welcome. 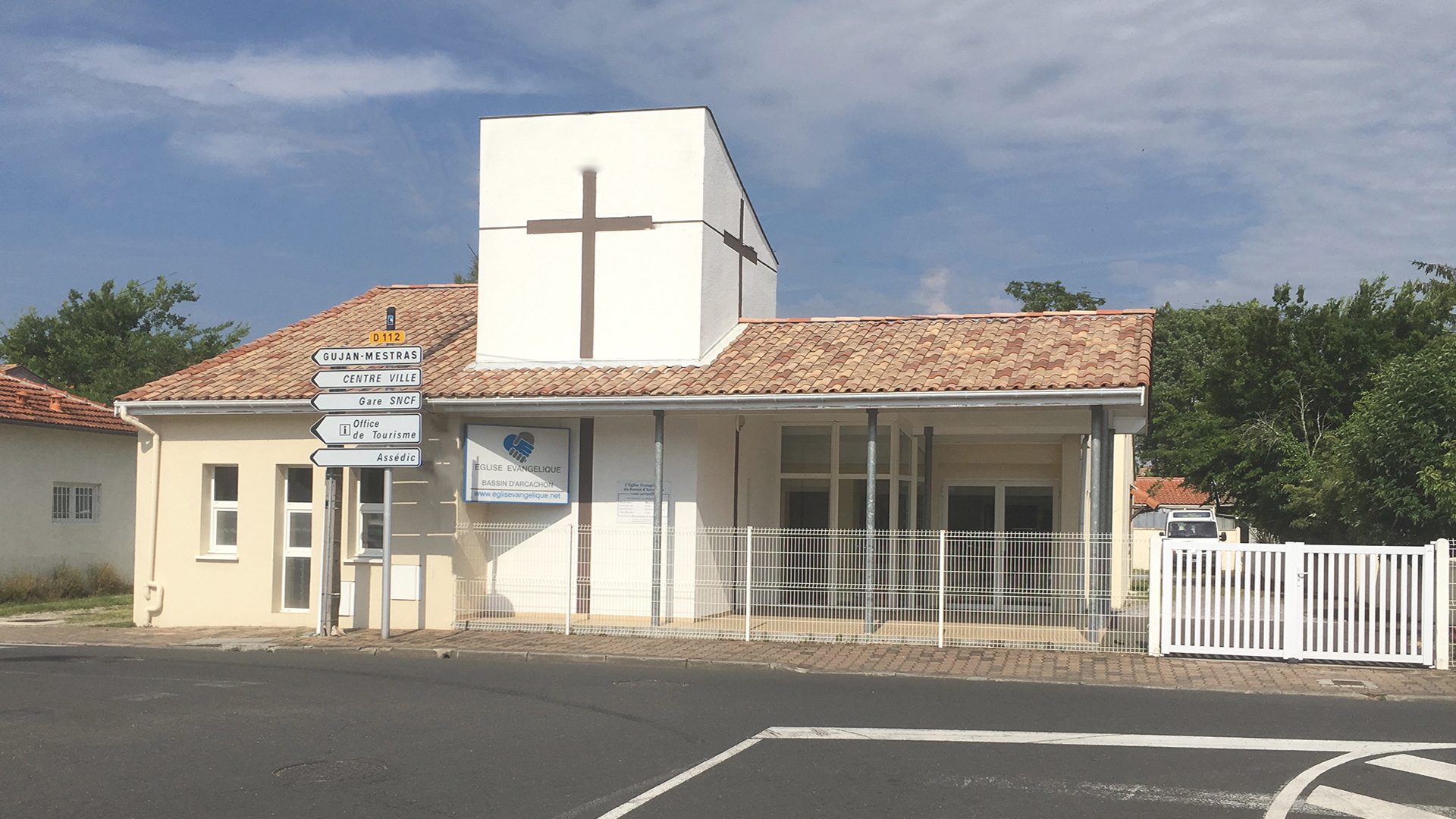